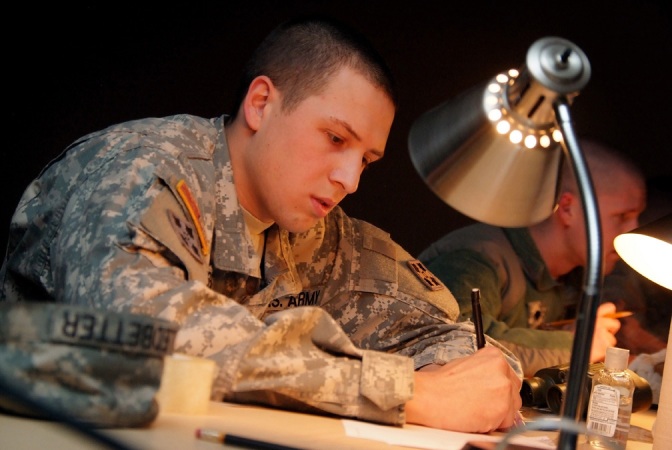 FORT CARSON, Colo. — Fort Carson’s ability to ready soldiers for contingency operations expanded and improved this month with the opening of a new Training Support Center.

Each year, more than 75,000 soldiers meet with Fort Carson training coordinators to refine their basic warrior skills, said William January, branch chief of Training Aids, Devices, Simulators and Simulations. With more than four times the space now available for the Training Support Center, he expects that number to grow.

Costing almost $9 million, the new 80,000-square-foot Training Support Center is adjacent to the installation’s Digital Training Center, a short walk from the Medical Simulation Training Center, and a couple of hundred feet from a planned Battle Command Training Center — a training campus is emerging at the Mountain Post.

“That had always been a goal of the Training Support Center, and it is now finally being realized,” he said.

“The situation was unacceptable; a solution had to be found,” said January, who proposed a new construction project for a one-stop shop with adequate space and improved infrastructure. “Much thought and planning went into the design of this new (Training Support Center).” 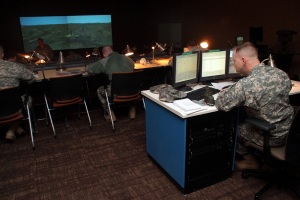 “The Army Training Support Center (at Fort Eustis, Va.) gave us the basic design … and we had options to tweak it based on our needs at Fort Carson,” said Jeff Brown, training support officer.

“The facilities are catching up with the training requirements,” said Brown, suggesting an increased focus by the Army to modernize its training facilities. “If you don’t have the right facility to put the equipment in, the soldiers can’t get enough out of it.”

Construction started in June 2010. A year and a half later, the project manager handed over the keys to the finished facility Dec. 12, and training coordinators immediately started relocating. The new center conforms to Leadership in Energy and Environmental Design silver-level new construction project constraints, said January. 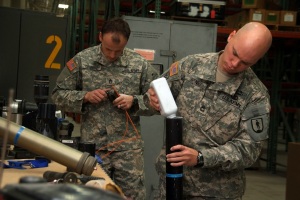 Inside the 20,000-square-foot administrative area — the size of the previous center — the entry area opens to a spacious hallway, which leads to a training coordinator room, a stadium-style call-for-fire training area and two Engagement Skills Trainers. Both EST rooms will eventually have lighted bleachers. 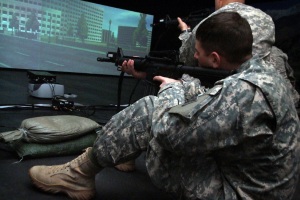 The EST is a laser-based arms trainer for individual and crew served weapons, including pistols, rifles, shotguns, machine guns, antitank weaponry and grenade launchers. EST instructor classes are a part of the 14 scheduled certification courses each month in the Training Support Center.

“The other rooms were so cramped,” said Heggedahl, a Fort Carson-certified EST instructor who had used the previous center nearly 30 times. “A lot of soldiers are saying they like it here because they can stay inside the classroom. In the other one, they had to wait outside the classroom for their turn to come in and fire.”

Outside the facility, a dock allows the simultaneous loading of four five-ton trucks, driven by soldiers gearing up for more austere events downrange, whereas the previous center had space for one.

“Every Soldier who’s walked in here during the last few days has been amazed — they really are impressed by what we’ve got, as opposed to what we used to have,” said Jason Kenyon, instructor, while inventorying newly-arrived precision gunnery systems for Bradley Fighting Vehicles.

“Every Soldier who’s walked in here during the last few days has been amazed — they really are impressed by what we’ve got, as opposed to what we used to have.”

“We actually have empty shelves here. Everything is laid out so it’s easy to find.”

Brown said the days of overstock equipment crowding classrooms, causing obstacles for instructors, appear over. The center is adequately equipped for its existing stock and the arrival of the most up-to-date items, such as an upcoming Virtual Clearance Training Suite, a bomb-clearing simulator.

“You can’t put 2012 equipment in a 1950s building,” said Brown, regarding the new Training Support Center at Fort Carson. “Now we can give you state-of-the-art training in a state-of-the-art facility.”

While training coordinators have already started phasing in customer support, a ribbon-cutting ceremony is scheduled Feb. 8 to signify the official grand opening.