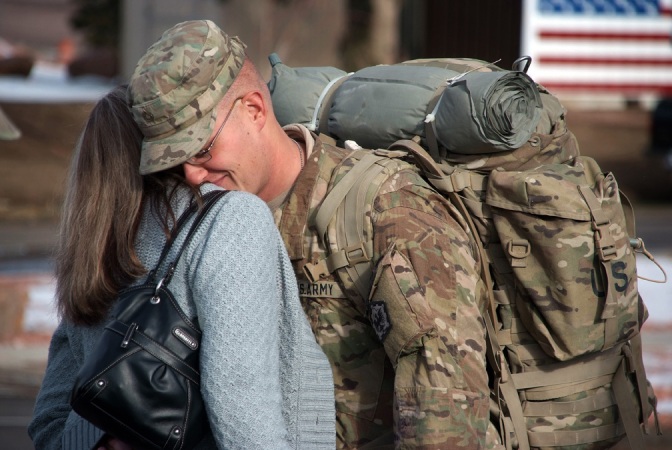 Hundreds of soldiers from 4th Eng. Bn. gathered Aug. 12 to case the colors of 62nd Sapper and 576th Eng. The combat engineers started to deploy soon after, ready for a year of route-clearing and sanitizing missions in Iraq and Afghanistan.

The following month, President Barack Obama announced that the 40,000 U.S. service members in Iraq would return home for the holidays, according to American Forces Press Service, Oct. 21. Obama also promised an end-of-year accelerated reduction in the number of troops deployed to Afghanistan.

The soldiers from 62nd Sapper were prepared for a 12-month deployment, “the long haul,” said Custer. News of a full withdraw from Iraq caused many of the engineers to expect relocation orders to Afghanistan, he said. However, the unit received confirmation of their return to Fort Carson in late November.

“Being the last unit in country, we didn’t expect to be on that cut roster,” said Custer. “It wasn’t very hard to break the news — to tell everyone they’d be home for Christmas — especially the soldiers who’ve had multiple deployments.”

“It wasn’t very hard to break the news — to tell everyone they’d be home for Christmas — especially the soldiers who’ve had multiple deployments.”

“I’m just glad he’s safe — I’m glad they’re all safe,” said Lolita Reese, after reuniting with her son, Spc. Max Burk, 62nd Sapper. With her eyes filled with tears, days before Christmas, Reese described her son’s early return from combat as “the biggest present I could get in my whole life.”

The soldiers from 62nd Sapper carried out route-clearance and sanitation missions, covering roughly 18,000 miles in the Dhi Qar and Diwaniya provinces, according to Custer. During their final weeks at Contingency Operating Base Adder, they provided force protection duties by staffing towers and conducting patrols.

Burk said the greatest feeling was found in knowing “all my battle buddies made it home before Christmas.”

Roughly 1,600 miles east of 62nd Sapper, 85 soldiers from 576th Eng. were packing their bags, too. The engineers had been supporting three forward operating bases, as well as performing patrols from Kandahar Airfield to Camp Leatherneck. They assisted in the disarmament of more than 40 improvised explosive devices.

“It’s good to be back, but its bittersweet since part of our company is still over there,” said 2nd Lt. Matt McKeehan, 576th Eng., after embracing his wife. More than 100 soldiers from the unit are scheduled to remain in Afghanistan until August.

“We look forward to having them … home with us,” said McKeehan.