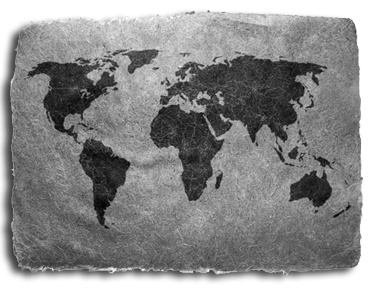 Breaking habitual experiences propels creative processes. Countless people have interrupted their daily routines or completely reinvented themselves outside the familiarity of their homelands. Many of America’s most celebrated writers, artists and musicians lived in foreign countries, such as Ernest Hemingway, F. Scott Fitzgerald and Josephine Baker. These famous American expatriates submerged themselves in a strange collection of demographics, economics, political standards, legal procedures, social trends and unfamiliar traditions. Thomas Stearns Eliot, an American-born British poet, is arguably the most important English-language poet of the 20th century (Collins, 2009). Eliot became a British citizen at 39, while creating some of the best-known poems. When asked whether his works had a connection with his American past, Eliot said:

Humans are not creative as habitual creatures. Our minds are most motivated amid seemingly adverse conditions. We become complacent without challenging situations by entering a state of contentment, which is incapable of fostering innovative thoughts. Inspiration is triggered with exposure to thought-provoking alterations in daily routines. A flash of ideas can be summoned purposely or inadvertently — the disruption matters more than the actual triggering action. Bottom line, succumbing to habitual behaviors sucks the energy from creative souls. Vilem Flusser, a Czech-born writer and philosopher, states in his essay “Exile and Creativity”:

Habit is like a fluffy blanket. It rounds off all corners and damps all noise. It is unaesthetic because it prevents us from perceiving information such as corners or noises. Habit is felt as pleasant because it screens out perceptions and because it anesthetizes. It is comforting. Habit makes everything nice and quiet … Discovery begins as soon as the blanket is pulled away. (2003, p. 82)

Merriam-Webster’s Collegiate Dictionary defines a “creator” as “bringing something new or original into being” (2004, p. 293), whereas the adjective “assembly-line” describes “lacking originality” (p. 74). These definitions carry a concept that creativity is cultivated outside the confinements of a conformist’s existence. Creators avoid an assembly-line life, which allows original ideas. Writers are known to finish novels at scenic resorts. Painters often travel overseas prior to pulling out another canvas. Engaging in endeavors that encourage an abundance of mental activity allows active thoughts to evolve into creative expressions. Jerome David Salinger, the American author world renowned for his novel “The Catcher in the Rye,” said “lots of time you don’t know what interests you most till you start talking about something that doesn’t interest you most.” (Kim, 2011).

Dawna Markova, author of “The Open Mind,” said continuous exposure to awkward and unfamiliar activities puts the brain in a “stretch zone,” a healthy state that produces new parallel synaptic paths and new brain cells, according to brain research (Rae-Dupree, 2008). On the other hand, brain cell atrophy is attributed to living in a “comfort zone,” which may cause dementia, Alzheimer’s and other brain diseases. Constantly introducing confusion causes the brain to continuously restructure its inputs and create new synaptic connections. Flusser said the mind readily recalls disruptions and is stimulated by such events: “In our accustomed surroundings we notice only change, not what remains constant. Only change conveys information to a person who inhabits a dwelling; the permanent fixtures of his life are redundant” (2003, p. 81).

Habits set the mind into autopilot, an unconscious comfort basking in a familiar routine. The human mind is attracted to habitual practices because they present predictability — a coping mechanism for a complex existence (Newby-Clark, 2009). Even if daily routines contradict personal values and morals, they often remain particularly calming nonetheless. People enter a mental autopilot to simplify elaborate matters, such as work environments, social interactions, political beliefs and food selections. While we may feel comforted by choosing the safest, most straightforward course, creative ideas unfold by exploring the possibility of alternative actions (Hennessey, 2003). Breaking routines is a satisfying behavior since it eliminates boredom (Newby-Clark, 2010).

Psychologist Robert J. Sternberg says “creativity is a habit” (2006), which introduces a twisted paradox to a “habits kill creativity” equation. Sternberg suggests that creative people “habitually respond to problems in fresh and novel ways, rather than allowing themselves to respond in conventional and sometimes automatic ways.” Like any habit, he says creativity thrives in a supportive environment:

Behaviors initially requiring discipline routinely progresses into habits. Repetitively acting in a random manner may turn into a long-term commitment — one that’s rewarded and therefore repeated — but to remain inspired, people must fight an inner urge to curl under a comfortable blanket of habitual behaviors. Moments of inspiration rarely drift through a tide of automated thoughts. Creative ideas hit like a thunderstorm when extending a lightning rod toward the discovery of unfamiliar situations. However, with the trigger initiated, the energy must find proper ground.

Flusser’s hypothesis in Exile and Creativity states: “Data processing is synonymous with creation. If he is not to perish, the expellee must be creative.” (2003, p. 81) Artistic minds may possess an enhanced ability to process a vast amount of data. Individuals who practice a practical approach — embracing predictable conditions — may suffer a sensory overload while exposed to a surge of information. The thresholds that properly balance Markova’s stretch and comfort zones are an individual trait. More research is needed to identify the variables influencing each mind’s elasticity. The “open-minded” adjective typically involves an on or off context: “Are you an open-minded person?” However, it appears there may be many degrees in which to measure such an attitude, in other words: “Just how open-minded are you?”