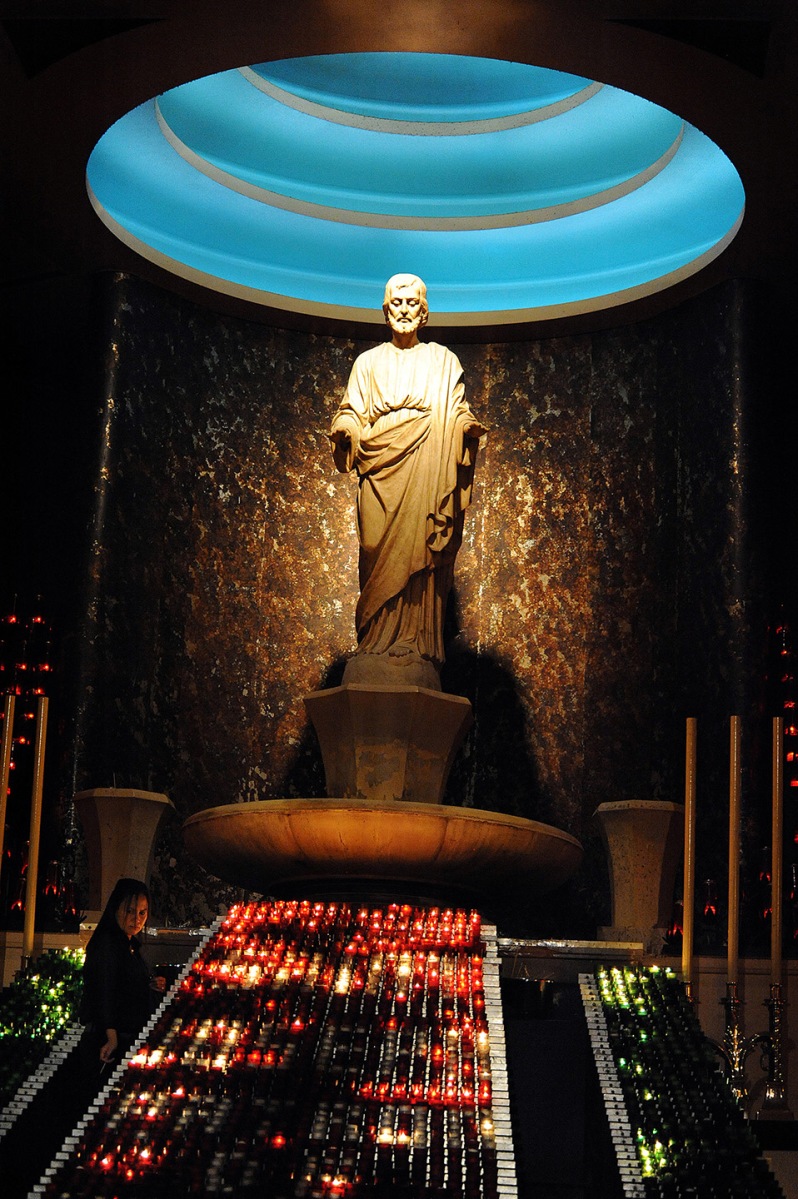 Worshippers light candles Aug. 31 in Saint André Bessette’s oratory for Saint Joseph on Mont-Royal in Quebec. André (1845-1937) started welcoming pilgrims and the sick on the mountain, overlooking Montreal, in 1901, and then founded the oratory in 1904. He became well known for his collection of canes and wheelchairs, left by people who sought his help with healing. His miracles were validated in Rome, which led to his canonization by Pope Benedict XVI on Oct. 17, 2010.