The broad acceptance of consumer technologies requires a foundation of intuitiveness. For example, if your computer’s mouse buttons sat under the palm of your hand, you’d most likely rely on your keyboard. Social media is a new tool that’s boosting our productivity by fulfilling innate needs. The technology is re-establishing the natural ebb and flow of human communications in commercial activities. Professional success is no longer sustainable by relying on quick transactions and short-term results. Backhanded tactics to close one sale can chop off countless of others. Instead, marketing specialists are mastering online platforms that build and sustain more intimate, long-term relationships. Big businesses are scaling back aggressive sales strategies and promoting hometown-like relations in virtual venues.

Six decades ago, Lowe’s was a typical, small hardware store, located in North Wilkesboro, N.C., according to the official Lowe’s website (2012). The shelves held everything from overalls and snuff to wash tubs, work boots and horse collars. According to their “Our heritage” page, “although times have changed since Lowe’s first opened its doors in 1946, Lowe’s values have not – the company remains committed to offering quality home improvement products at the lowest prices, while delivering superior customer service.” The shop has matured into a massive global retailer for do-it-yourself home improvement projects. It boasts a market cap today of nearly $35 billion. By transferring its time-honored consumer-centric interactions online, Lowe’s has attracted more than 1 million fans on Facebook and nearly 36,000 followers on Twitter.

Before each transaction in a free market economy, consumers re-evaluate the perceived benefits in relation to the perceived costs. Many Netflix subscribers cancelled their DVD-and-streaming plan when the company Netflix surprised them in July with a 60-percent price increase (Liedtke, 2011). The company lost 800,000 U.S. subscribers in the third quarter, as a rally of resentment proliferated in online social spheres. Reed Hastings, Netflix co-founder and CEO, published an apology on the company blog in September (2011). It started with, “I messed up. I owe everyone an explanation. It is clear from the feedback over the past two months that many members felt we lacked respect and humility in the way we announced the separation of DVD and streaming, and the price changes. That was certainly not our intent, and I offer my sincere apology.”

Small-town store owners perfect the art of minding your manners while serving your community. After the bells on their front doors clang, they welcome the customers with great authenticity. They cultivate and nourish trust like a cherished commodity. They know dissatisfied customers will pass on their disgust through neighborhood gossip channels, which could alienate their business as a reckless blemish on the town’s reputation. 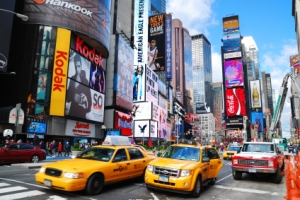 Social media is resurrecting a powerful collective pressure on businesses. Online networking sites, discussion forums and review systems have spearheaded social business practices. The groups, fueled by consumer-generated content, are influencing everything from research and development to post-sale services. The mostly uncensored and open platforms are making organizations accountable again. However, they’re not answering to a local community of hundreds of people – they’re surrounded by a global consortium of millions. The enormous online networks of patrons are battering brand reputations and facilitating product and service boycotts. They’re also peaking anticipations ahead of new offerings and spreading personal stories of tremendous satisfactions. Consumers are exercising significant roles in public relations and marketing efforts. Once again, businesses must earn consumer respect within the markets they serve, like a friendly hometown merchant.

Once again, businesses must earn consumer respect within the markets they serve, like a friendly hometown merchant.

Businesses are going back to the basics, even though this momentum is propelled by digital technologies and infrastructures. Daily online activities are encouraging meaningful relationships with consumers. Patrons once spent entire afternoons with their community merchants, chatting about local events or personal interests. Today, this affinity is earned using social media. Clicking “like” or “follow” are today’s versions of storefront doorbells. When someone chooses to connect with a brand online, it’s up to the company’s representatives to present a virtual greeting and sense of belonging.

With the clock nearing midnight on Feb. 28, a stream of Lowe’s customers were posting about their home improvement projects on the company’s Facebook and Twitter pages. They expressed their hopes to become one of four to win a $100,000 giveaway. To participate in the sweepstakes, they had to “like” the Lowe’s Facebook page and apply via an online application. Lowe’s representatives consistently responded with words of encouragement. The next day, a consumer publicly posted her consumer crossroad on Twitter: “I am thinking about building our own shelves, dividers and setting up rods for the closet and getting the supplies from @Lowes or @HomeDepot.” Lowe’s soon replied, “We’ll be more than happy to help you with those shelves, dividers, and rods for your closet!” The conversation gained some depth, including a link to Lowe’s photo board on Pinterest to find project ideas.

Humans have a strong theory of mind, an ability to understand that others have beliefs, desires and intentions that warrant individual attention. Scientists suggest we’re hardwired to understand the emotions and actions of others, and express empathy. These innate needs may have made the current technological evolution of social business standards inevitable. We returned to where we’re most comfortable: people helping people. Intrusive and impersonal broadcast advertisements are less intuitive to consumer desires than inclusive and personalized participatory media campaigns. In a Scientific American blog post about the digital expression of theory of mind, author Krystal D’Costa, an anthropologist working in digital media, stated:

“The ability to interpret social data is rooted in our theory of mind — our capacity to attribute mental states (beliefs, intents, desires, knowledge, etc.) to the self and to others. This cognitive development reflects some understanding of how other individuals relate to the world, allowing for the prediction of behaviors. As social beings we require consistent and frequent confirmation of our social placement. This confirmation is vital to the preservation of our networks — we need to be able to gauge the state of our relationships with others… As we increasingly transact our lives online, and find ways to effectively communicate online, what we are able to share becomes important in shaping our world overall.”

This new sense of community is even bringing back and re-energizing neighborhood watch groups. The New South Wales Police Force, composed of nearly 16,000 officers, serves seven million people in the state of New South Wales, Australia. Their jurisdiction spans approximately 310,000 square miles, an area larger than Texas. A team was created in 2010 to transition the traditional neighborhood watch concept into online forums. By early 2011, Project Eyewatch was born. Since then, the NSWPF has reported the ability to reach larger and more diverse audiences than ever before. Conversations are started online, and many people share that information offline, too. Of the numerous success stories since the inception of the eyewatch program, information flow to the crime stoppers tip line has surged 20 percent.

Communities have regained their footing in the free market, as companies leverage the latest innovations in technology. Today, online consumer groups expect to explore a company’s ethics, engage its representatives, and then report their findings to others. To succeed as a social business, companies must adopt a small-town shop attitude and engage consumers as a partner.